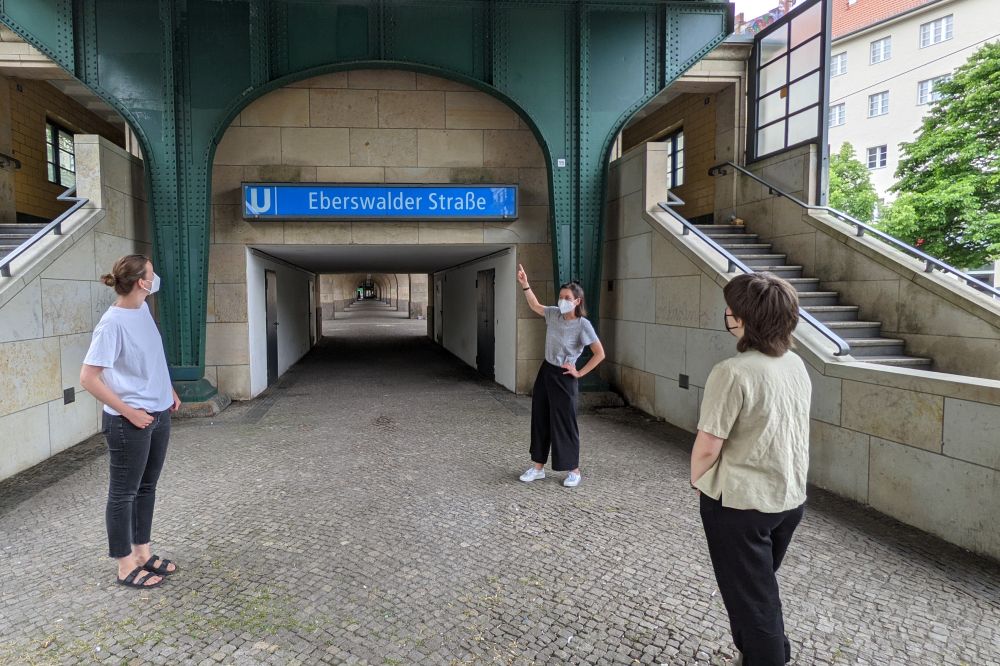 After the Berlin Wall tumbled. A walk through the district of Prenzlauer Berg

Reunification also left its traces on the people of Prenzlauer Berg. Until 1989, Oderberger Straße, which is now a tourist attraction, was a cul-de-sac ending at the Wall, much of the district’s old building stock was decaying and what is now the U2 underground line only ran as far as Thälmannplatz. Many traces of the GDR era can still be discovered today. But there have also been major changes. Roads and underground stations have been renamed. The Kulturbrauerei is an example of how vacant properties can be turned into cultural spaces. Kollwitzplatz is the heart of a fashionable, gentrified district which has very little to do with the decaying buildings and East Berlin bohemia of the 1980s. The walk begins at the Museum in der Kulturbrauerei and ends at Kollwitzplatz.

The guided tour is aimed at groups in accordance with the current pandemic regulations. It can be booked through our Visitor Services.