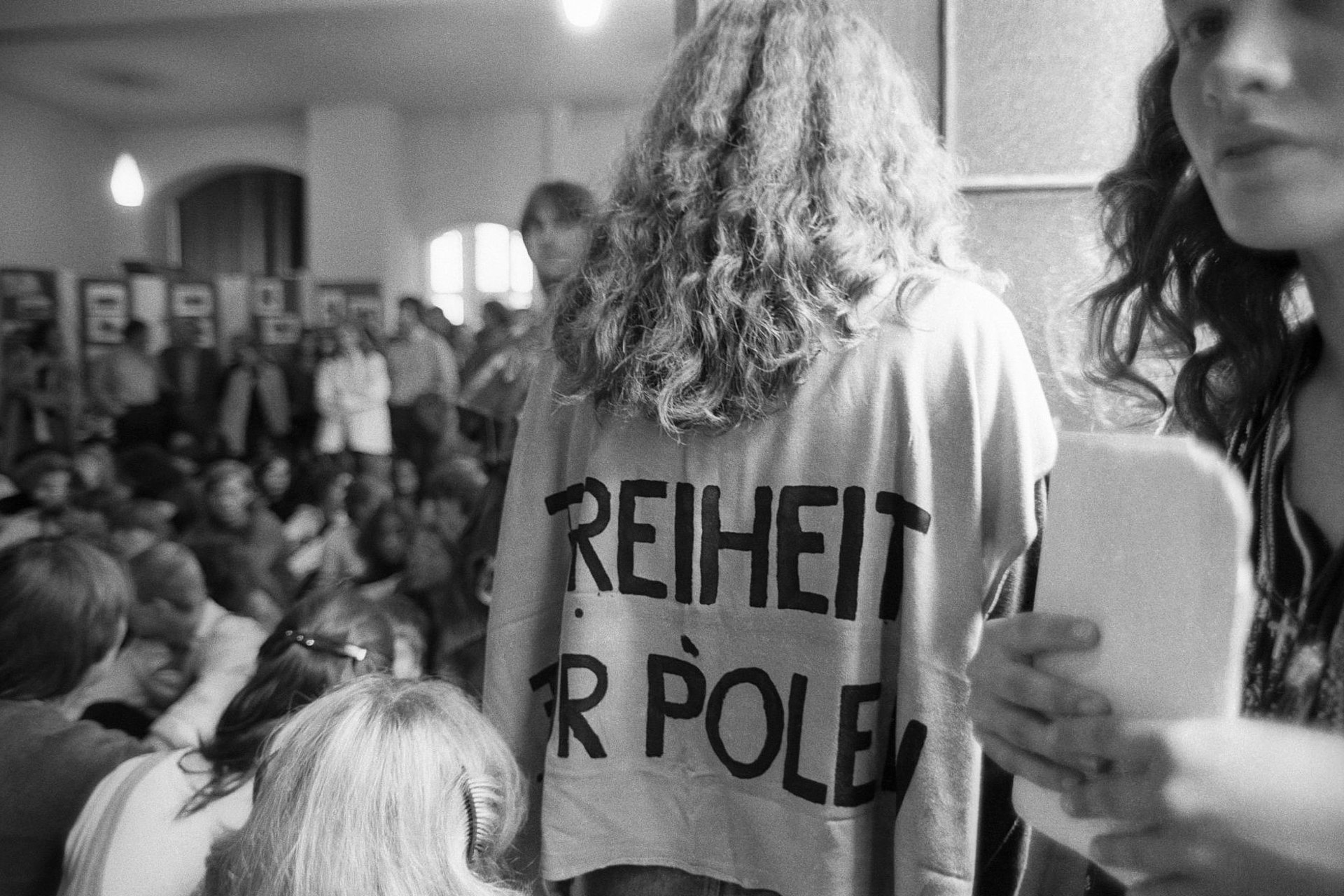 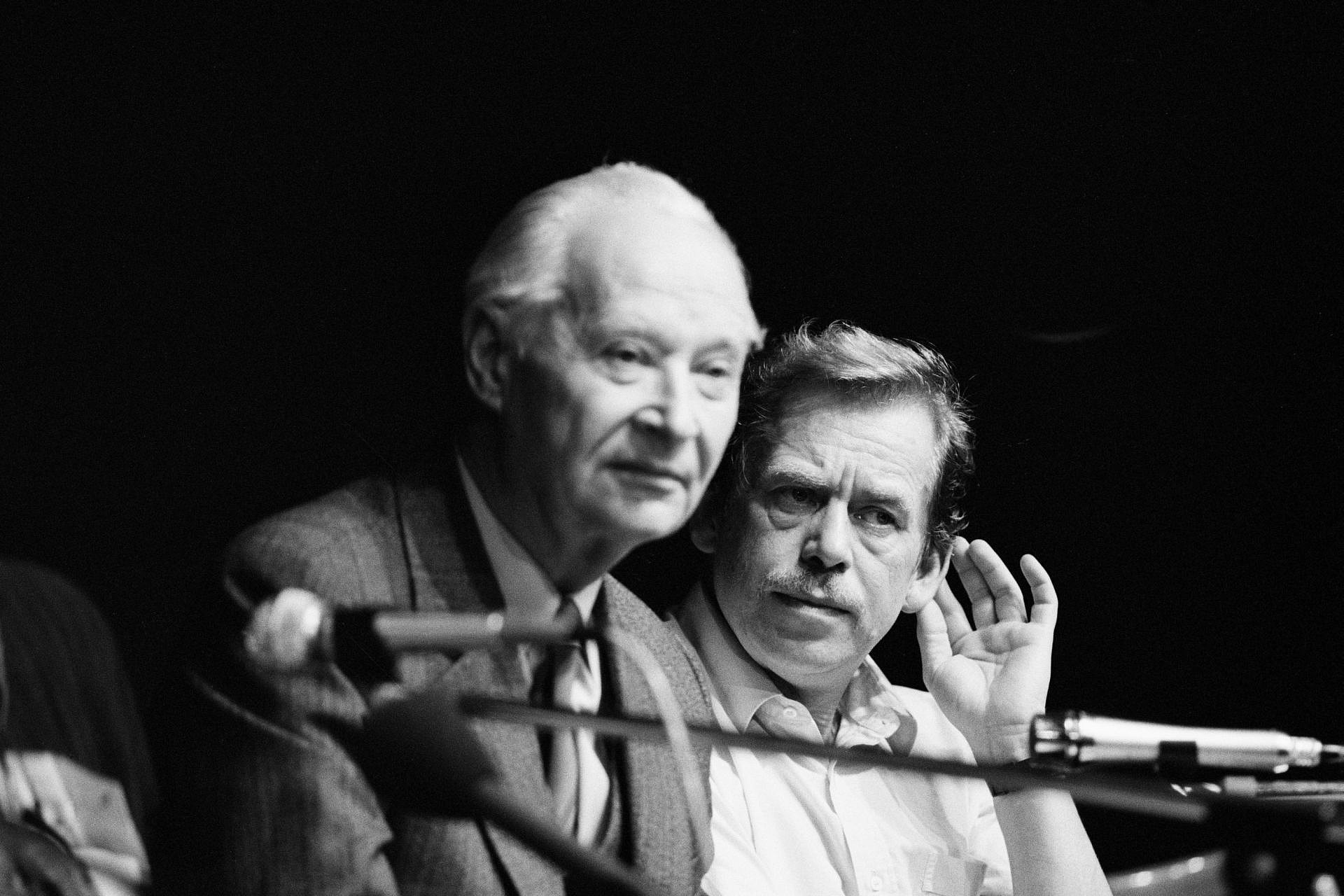 Change in the East

The strike at Lenin Shipyard in Gdansk, Poland, in 1980, peace church services in Dresden in 1982, demonstrations in Prague in 1989: Harald Schmitt was in the thick of the action with his camera when the communist system started to wobble and then finally collapsed in Eastern Europe and Communist East Germany.

The photographer worked as a correspondent for the magazine “Stern” until 2011. From 1977 until 1982 he was accredited in Communist East Germany. As a photojournalist, Harald Schmitt pressed the shutter release at the crucial moment and captured images that became iconic.

Museums and cultural institutions can host this photo exhibition in order to display it on their own premises. It will be made available well packed in compact transport crates at very favourable conditions. This page provides all the relevant information on conditions, how to go about it, and whom to contact. 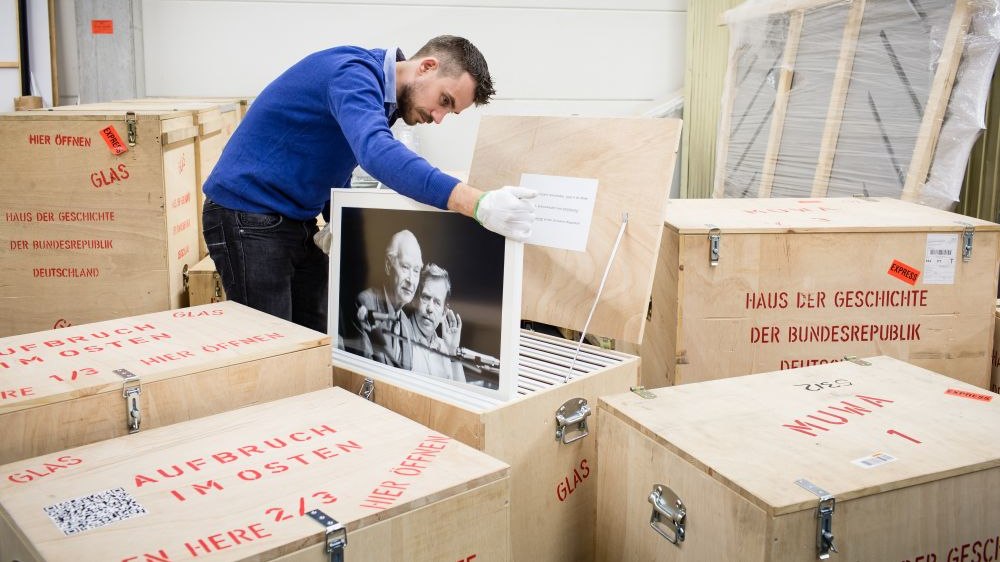 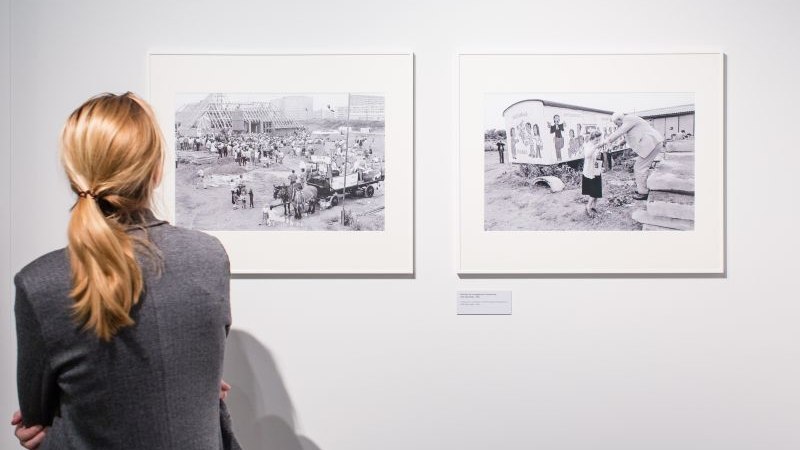 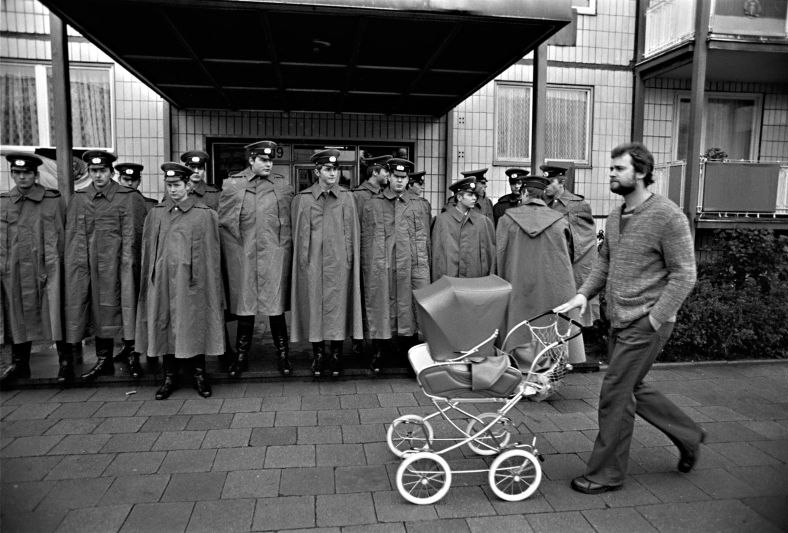 Man with pushchair in front of police officers on Karl-Marx-Allee in East Berlin, 1978
© Harald Schmitt 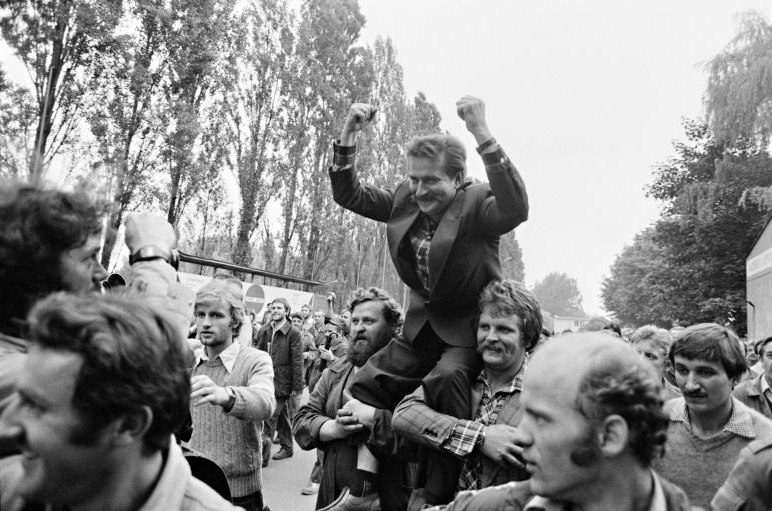 The workers celebrate the success of their strike at the Gdansk Lenin Shipyard in Poland and carry leader aloft Lech Walesa across the site.
© Harald Schmitt 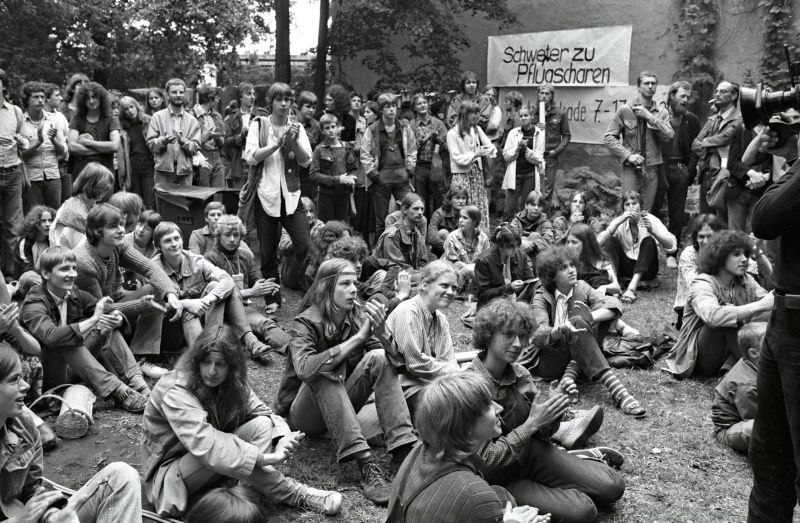 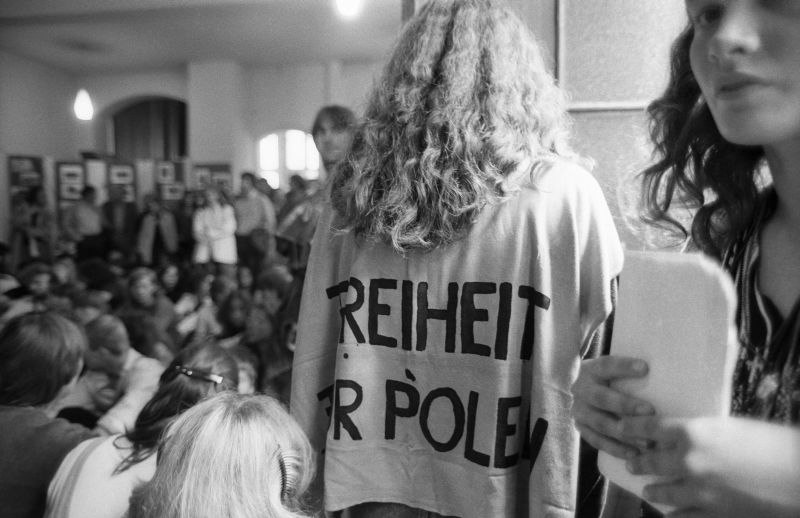 Peace groups in East Berlin show solidarity with Poland, which was under martial law, in 1982.
© Harald Schmitt 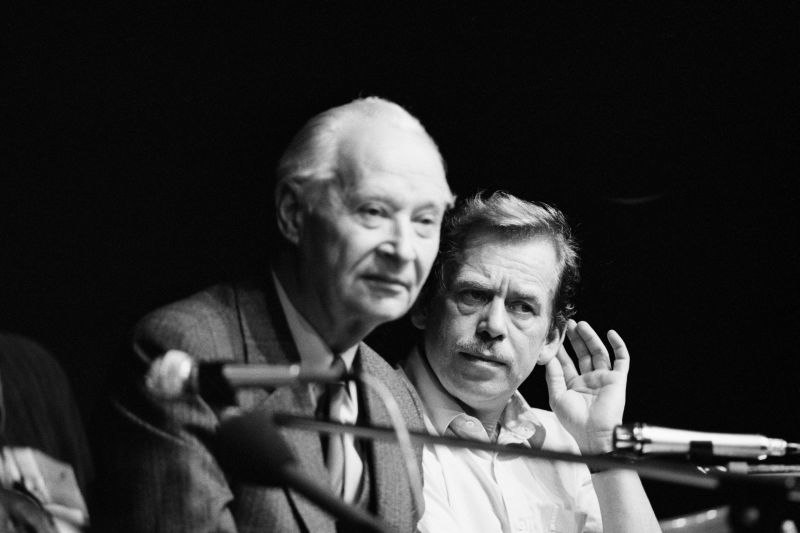 Alexander Dubcek and Vaclav Havel on the podium at the Civil Forum.
© Harald Schmitt 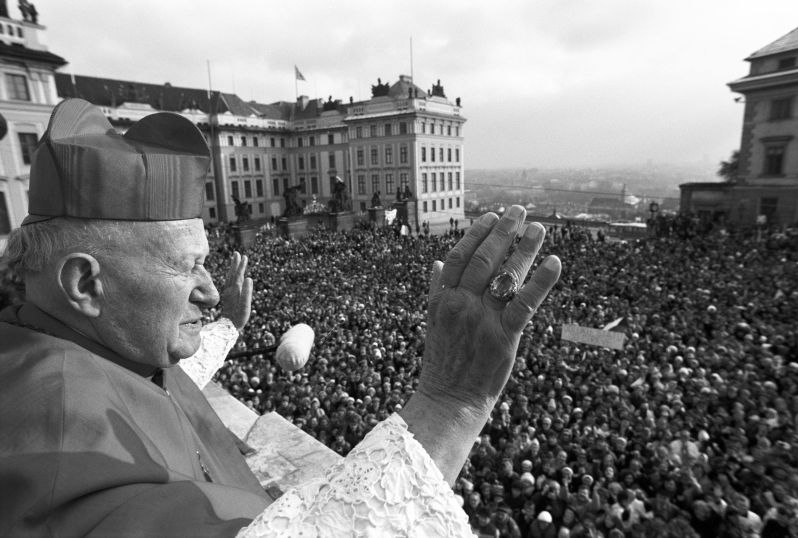 In November 1989, Cardinal Tomasek called on people in front of Prague Castle to oppose the communist regime.
© Harald Schmitt 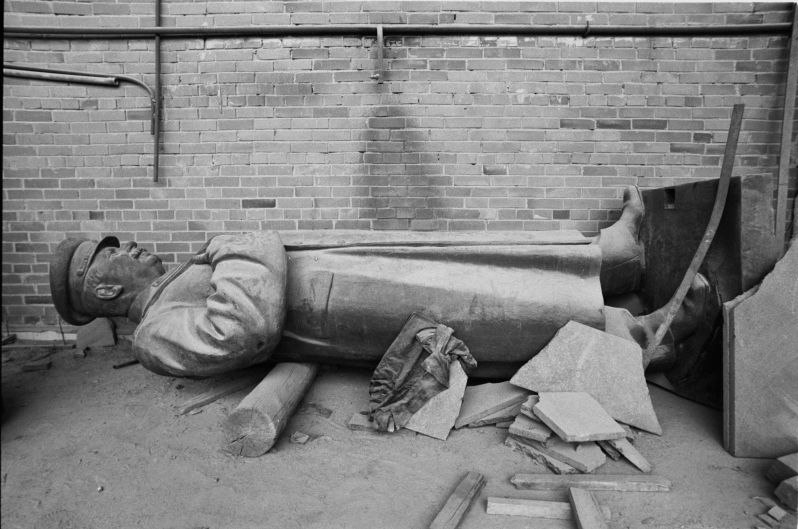 A fallen statue of Stalin in Vilnius in 1991 symbolizes Lithuania’s independence from the Soviet Union.
© Harald Schmitt

The photographs by the former “Stern” photographer Harald Schmitt document moments of resistance in Eastern Europe in the period from 1978 until 1991, from the first protests by workers on strike at the Gdansk Lenin Shipyard in Poland, to the first peace church services in Dresden to the overthrow of Mikhail Gorbachev.

The photos of people and the various sites of upheaval tangibly express the major changes in the decade in question, changes that shaped Europe and the world.

After training as a photographer, Harald Schmitt worked among others at the “sven simon” agency in Bonn. From 1977-2011 he was a staff photographer at “Stern” magazine; from 1977-1983, he lived in Communist East Germany.