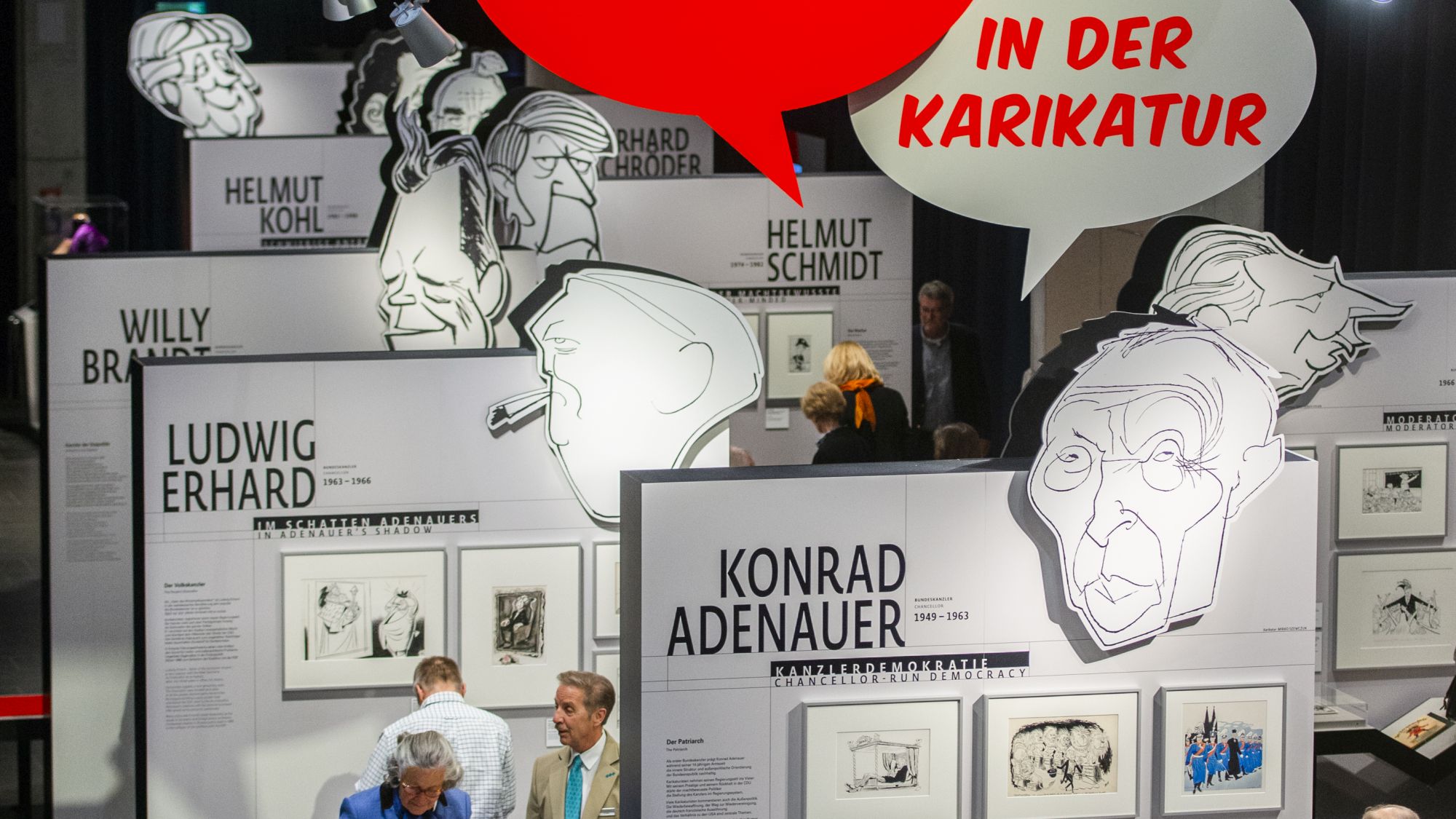 The Chancellors in Cartoons

A clever fox and an energetic navigator, a media macho, a "black widow" and of course a "pear": since the election of the first Chancellor Konrad Adenauer of the Federal Republic of Germany 70 years ago, the German heads of government have been at the centre of satire. With their caricatures, cartoonists comment on the chancellors’ politics and their personalities. They thus shape the public image of eight chancellors to date.

The Haus der Geschichte der Bundesrepublik Deutschland Foundation has numerous original caricatures in its museum collection, for example by Walter Hanel and Wolfgang Hicks, Lutz Backes and Karl-Heinz Schoenfeld, Klaus Pielert and Peter Leger. Some of them can be seen in the exhibition.

In addition to drawings, newspapers, magazines and cartoons, we also show (satirical) objects such as the garden gnome "Ludwig Erhard", the lemon squeezer "Angela Merkel" or drawing utensils used by the caricaturist Mirko Szewczuk. 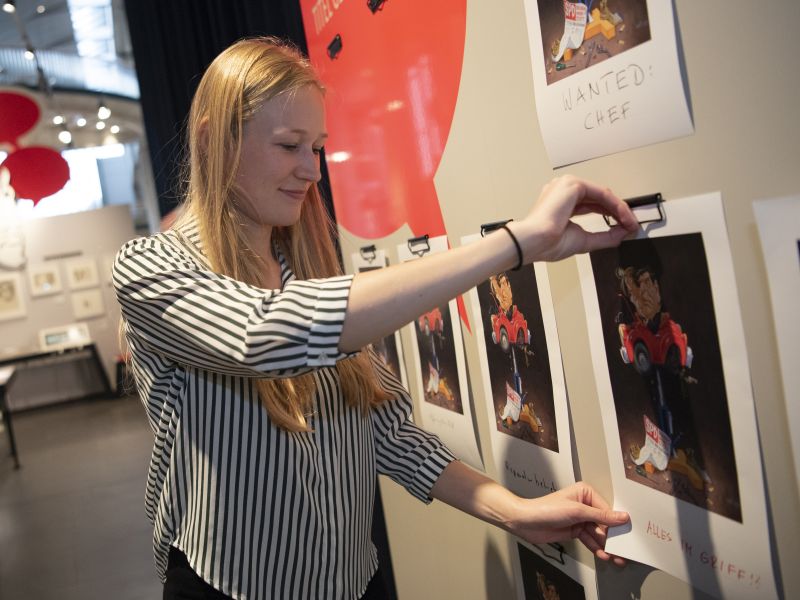 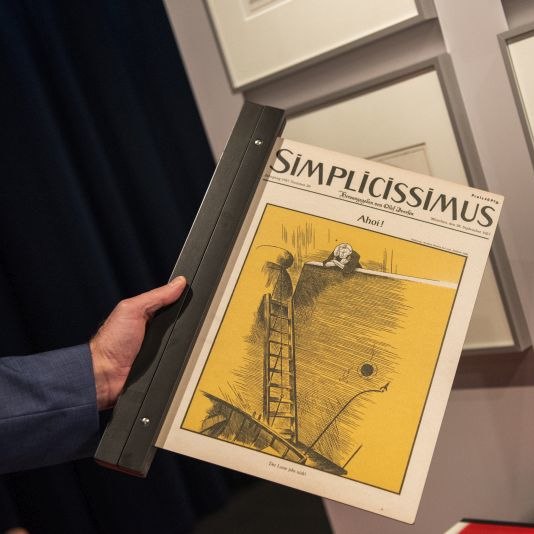 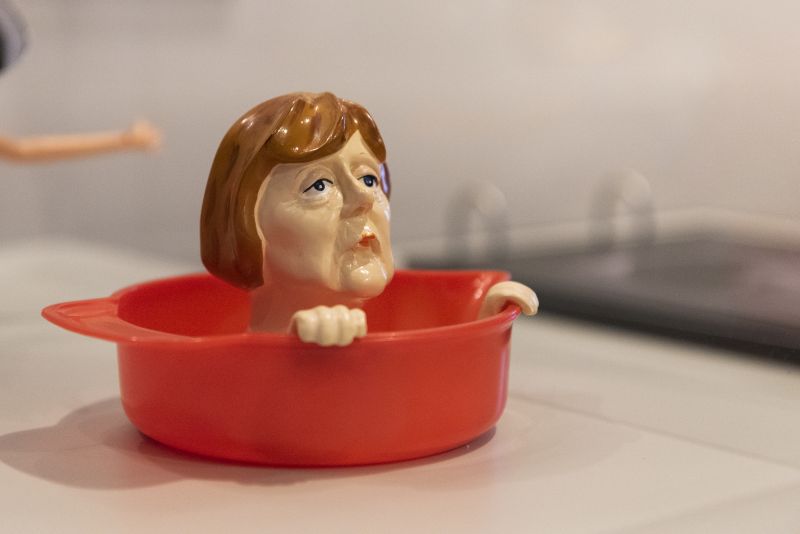 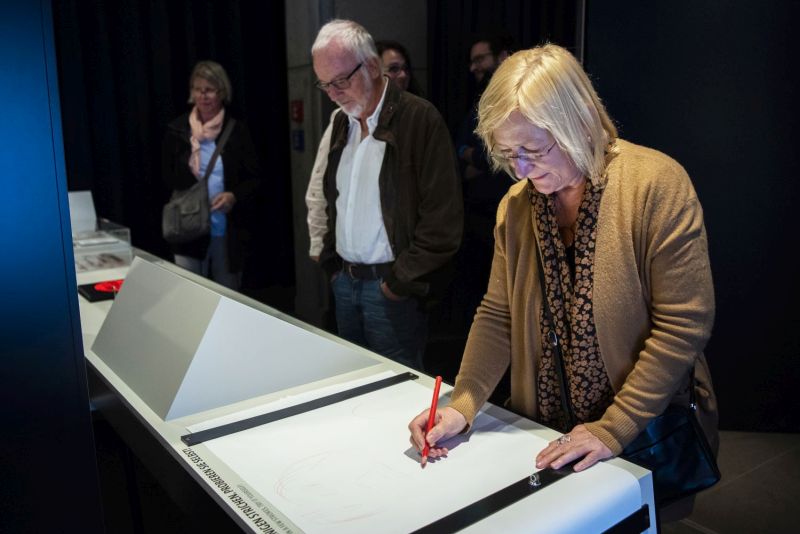 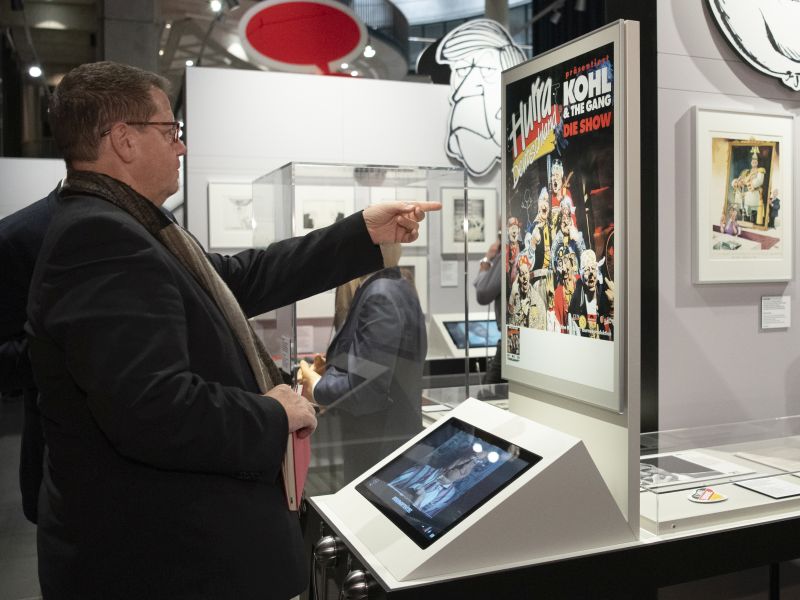 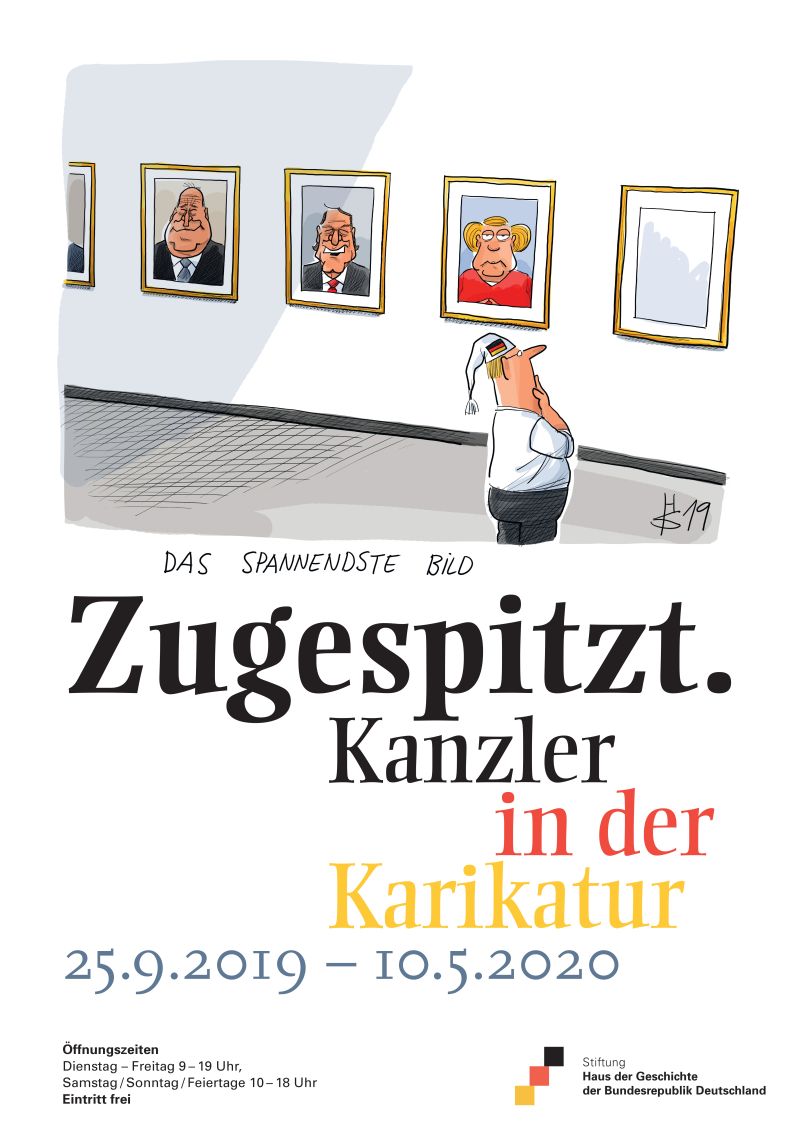