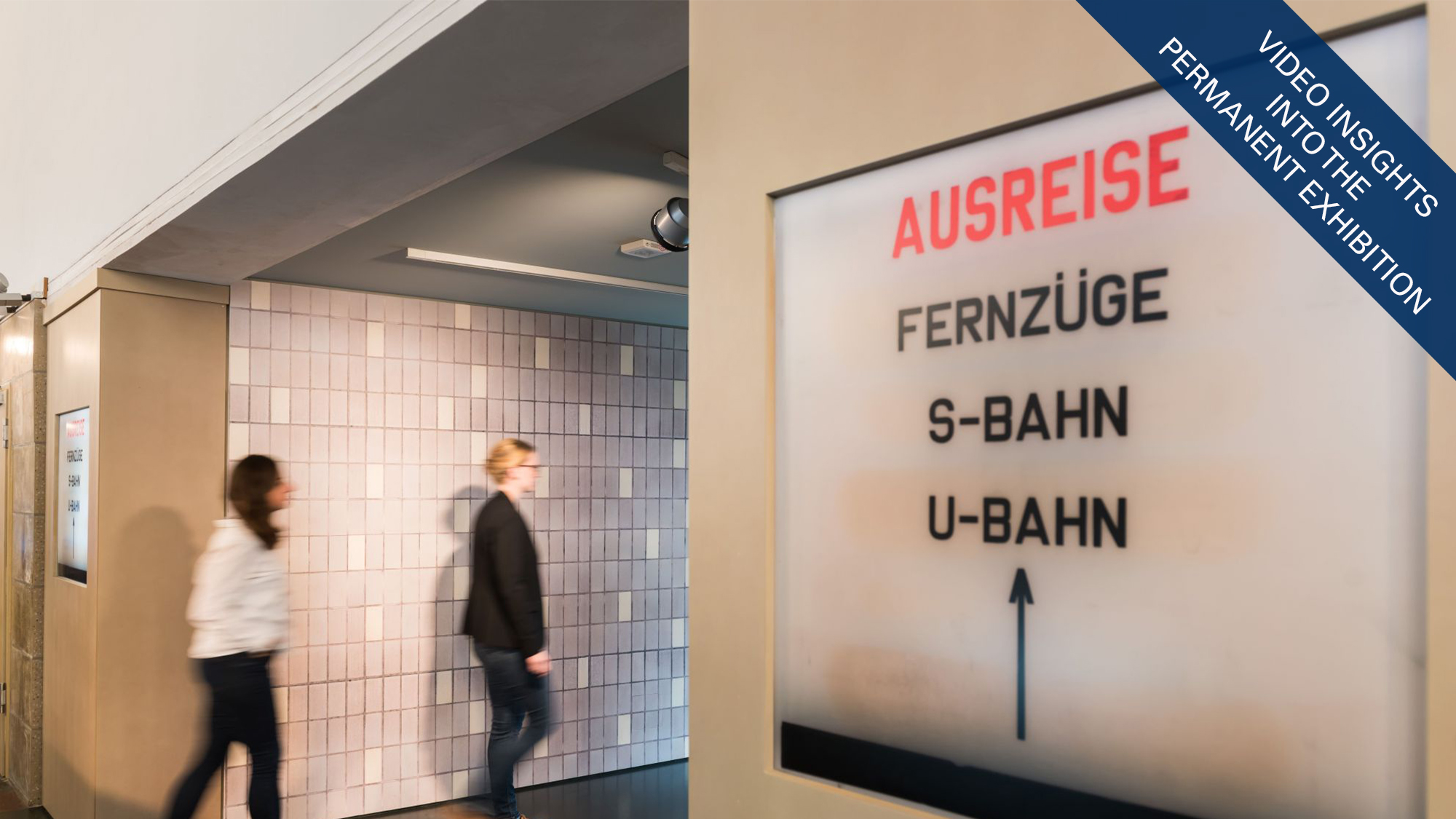 From 1961 until 1989, the Berlin Wall divided the city in two: into East Berlin and West Berlin. There were a few border points where people could cross from the one side to the other. The checkpoint at Friedrichstrasse station was in the heart of Berlin. Here, hundreds of travellers crossed the border each day by train or city rapid railway (S-Bahn). And it was here, in front of the small departures hall with its high windows and flat roof, that East Germans said goodbye to their relatives from the West. You went into the hall in order to re-enter West Berlin. It was the scene of many a painful farewell. Often people didn’t know if they would ever see each other again and tears flowed freely. It truly was the Tränenpalst (Palace of Tears).

Our exhibition “Site of German Division” at this historical site shows how the division of Germany and the construction of the Berlin Wall came about. It also explains how the customs and passport checkpoint functioned at the Tränenpalast and outlines the surveillance system in place at the Friedrichstrasse border crossing.

In the Tränenpalast itself, visitors can experience the checkpoint procedures and actually walk through the original passport control booth. The exhibition focusses on the personal stories of various individuals who lived through the ordeals of divided Germany. Contemporary witnesses describe in interviews how they escaped from Communist East Germany and how they kept in contact with their families on the other side by sending letters or parcels. They also narrate how they smuggled documents and secret photographs across the border or protested against the travel ban in Communist East Germany. On 9 November 1989, the Wall fell in Berlin. Why did it all happen so suddenly? What then happened to Communist East Germany? What were people’s experiences back then? Now, over three decades after German Reunification, you can find out all about such things – at the Tränenpalast. 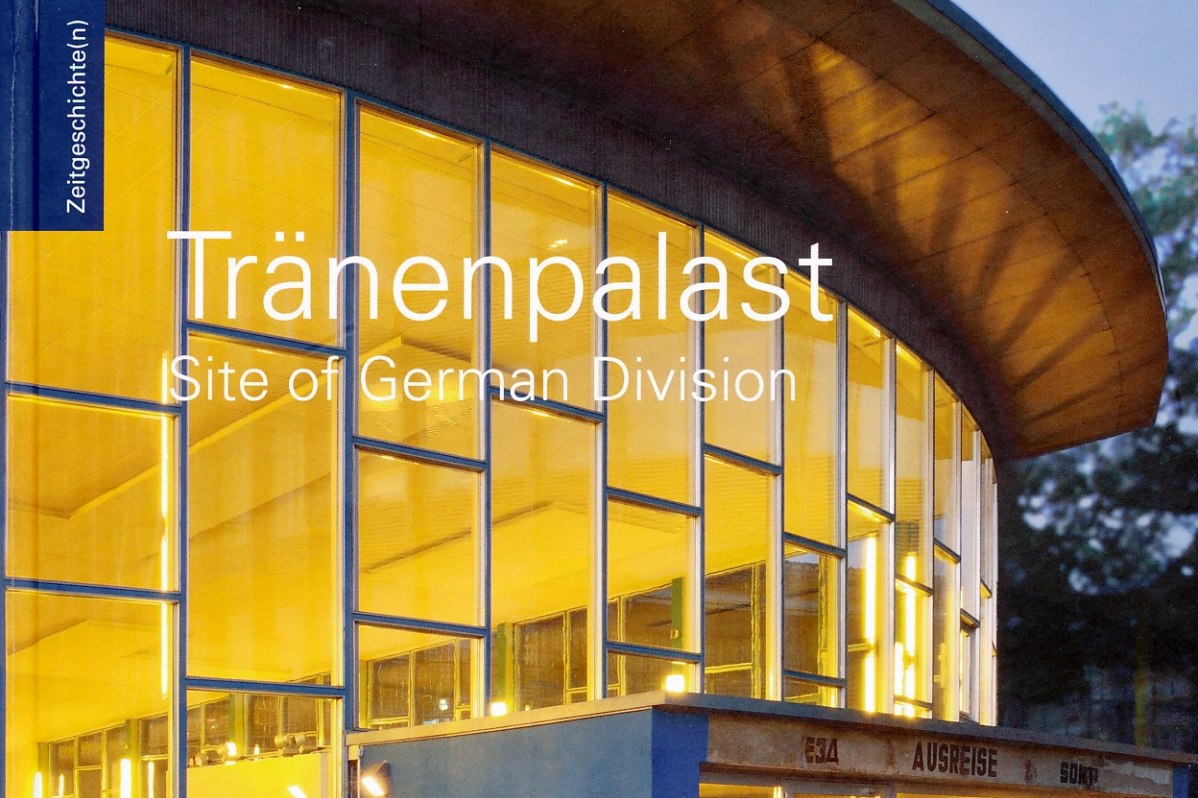 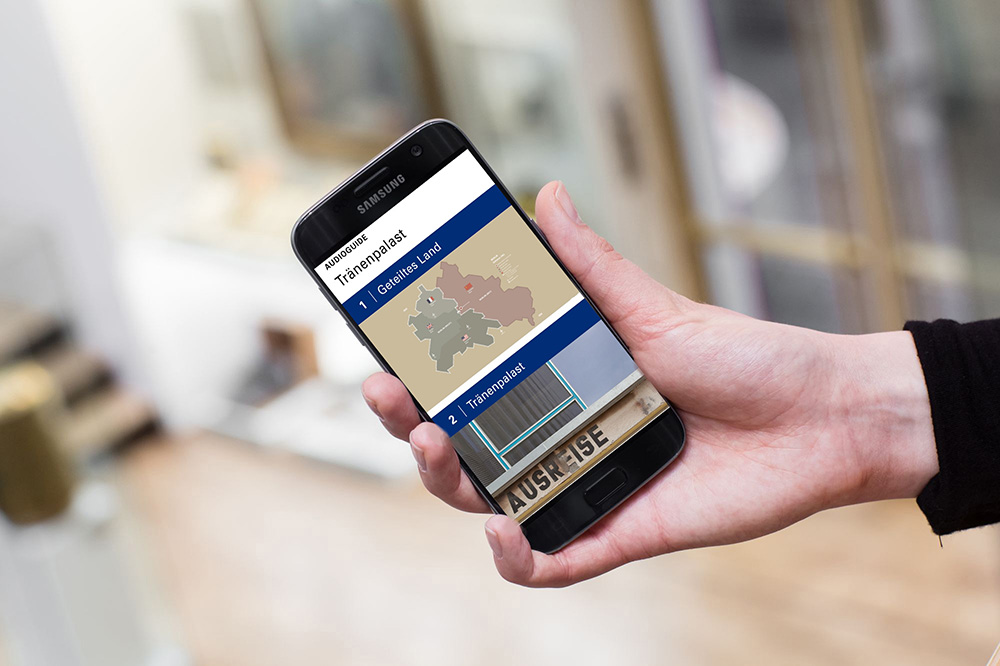 AudioGuide on the permanent exhibition

Whether at home, on the road or in the museum: You can call up our AudioGuide for the permanent exhibition in the Tränenpalast online at any time. The AudioGuide is available in German, English, French, Spanish and Italian. 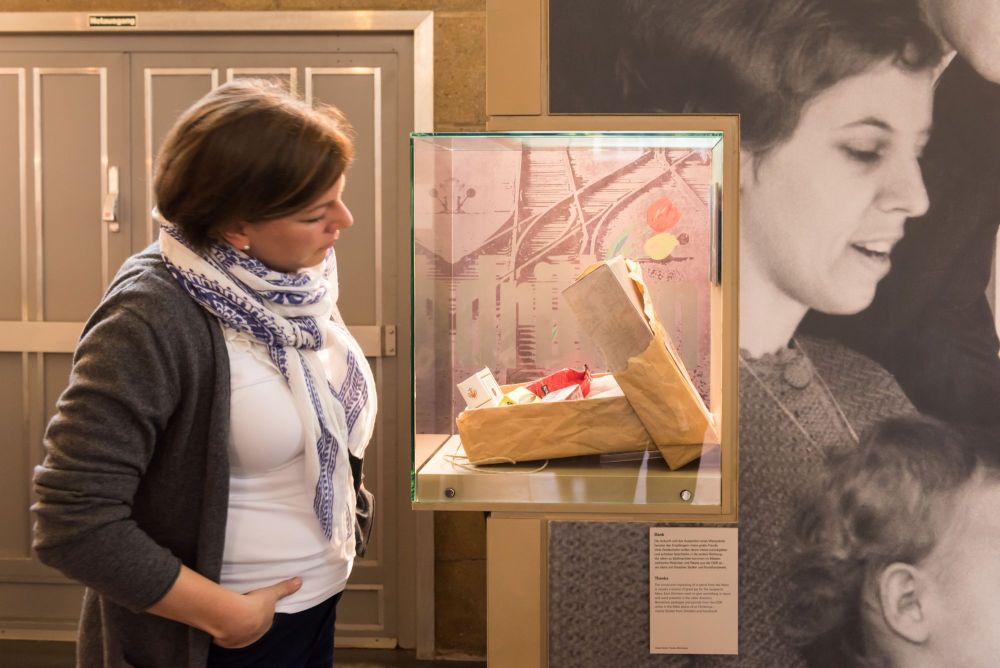 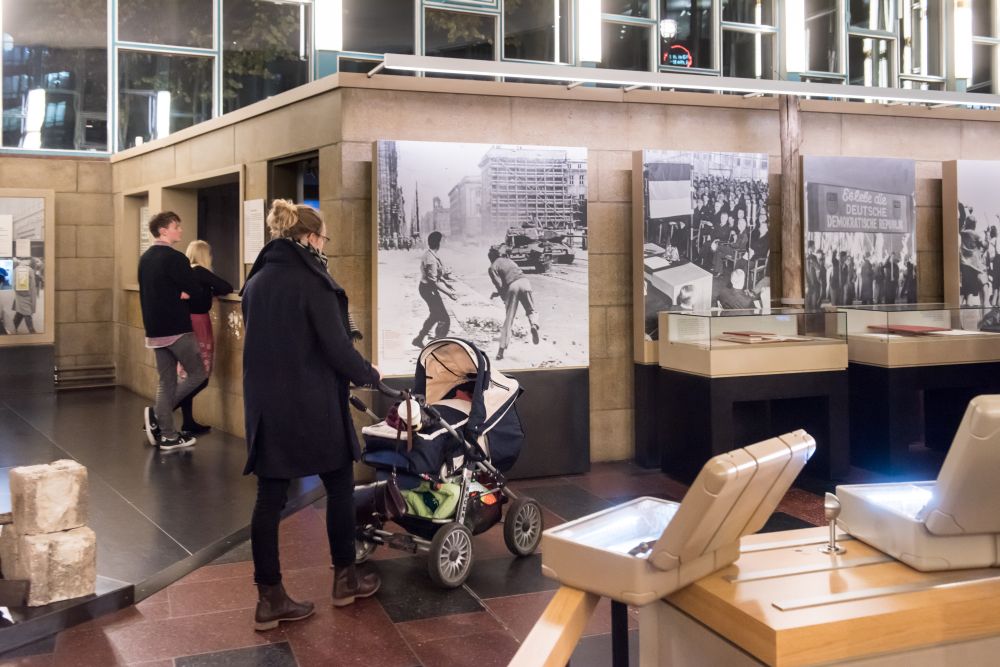 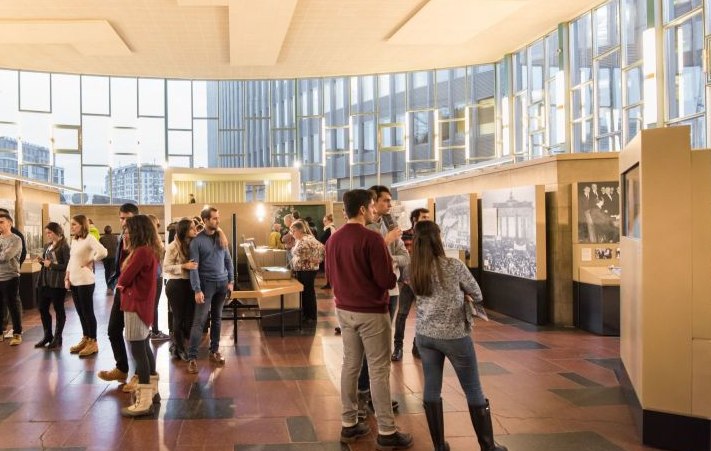 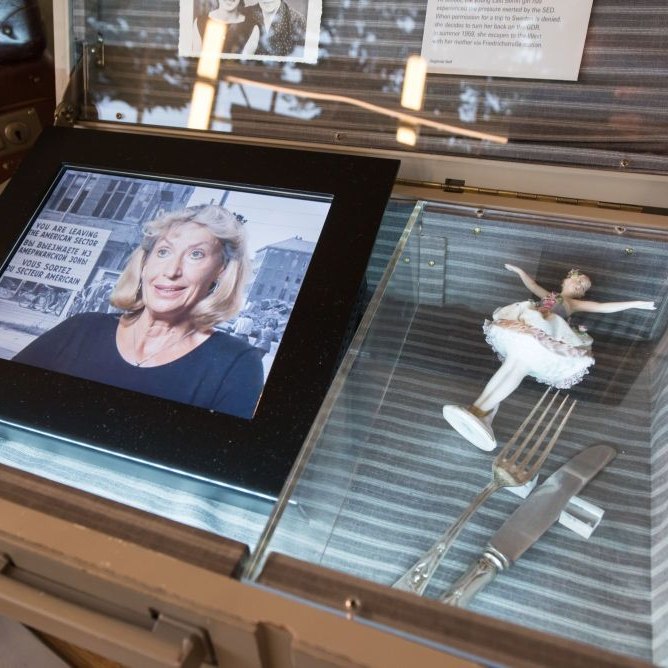 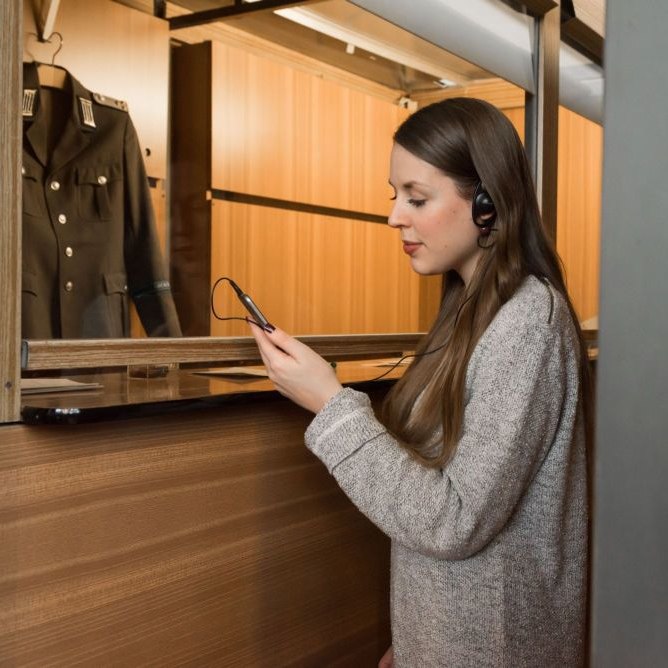 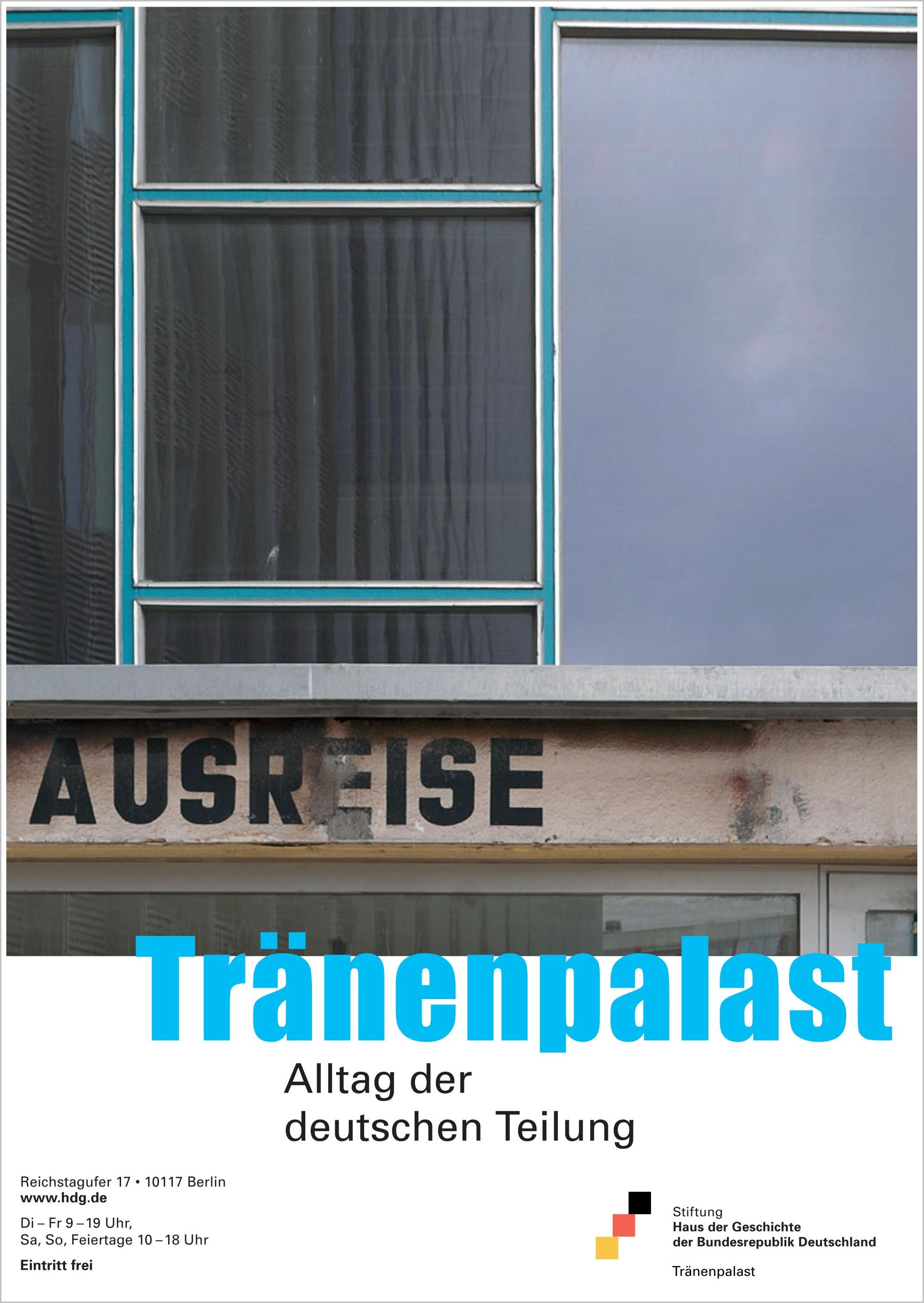 Tears shed in farewell, passport controls, smuggling and escape. In our audio guide on the permanent exhibition at the Tränenpalast contemporary witnesses and the exhibition designers team up in 17 sections to tell you all about everyday life at the former border checkpoint at Friedrichstrasse station. You can listen to all the individual tracks here – either at home or in the museum. Simply use the free Wi-Fi for visitors and listen to them on your smartphone.

Or you can download the entire AudioGuide. All the information is available in German, English, French, Spanish and Italian.

Exploring the exhibition together

Whether it’s just you or a group of people who are visiting, we offer general guided visits to the Tränenpalast. Each tour of the exhibition will provide plenty of opportunities to ask questions, discuss the exhibits, and make suggestions. Our guides can support any special interests a group may have. The guided visits last approximately one hour and are free of charge. 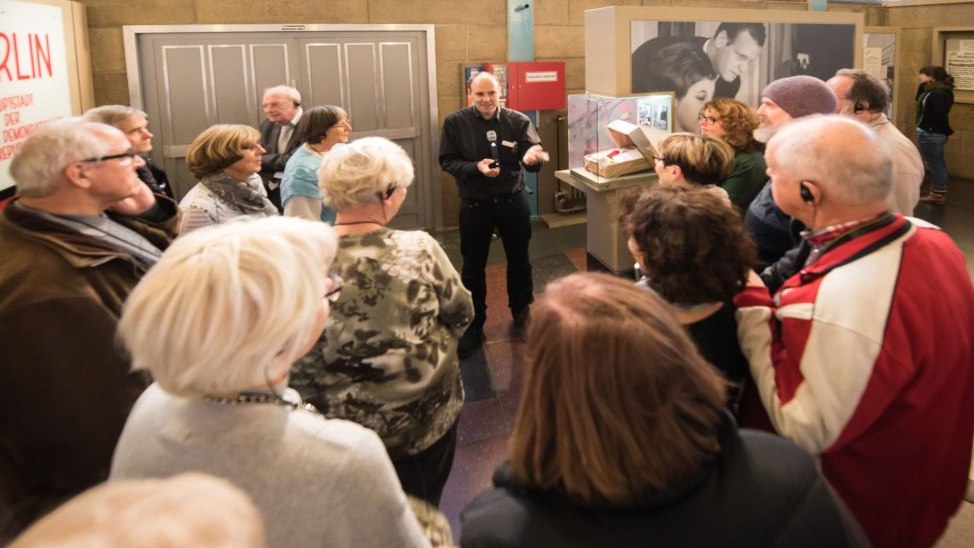