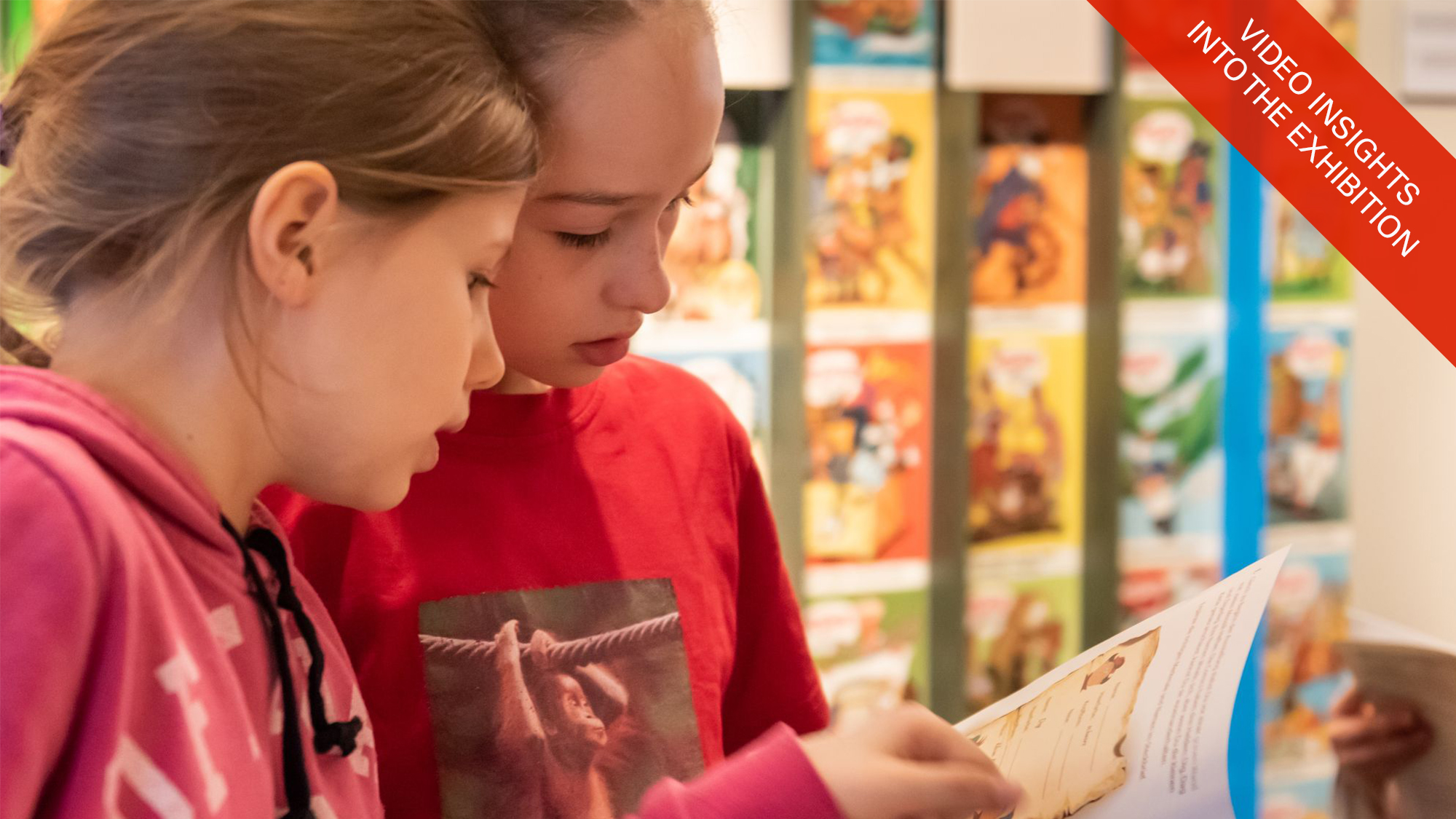 Our new permanent exhibition is devoted to the legendary GDR-Comic "Mosaic from Hannes Hegen" and its three impish heroes Dig, Dag and Digedag. Master drawings, drafts and models illustrate the fascination that "Mosaic" exerts on its readers. In addition, the exhibition offers insights into the origins and history as well as the political backdrop of the successful comic.

In the German Democratic Republic, owning comics is forbidden for young people since 1955. The dictionary "Meyers Neues Lexikon", published in Leipzig in 1962, states that comics were "focused on sadistic violent crimes, pornography, warmongering and agitation against the socialist bloc." None the less, "Mosaic" is published in 223 issues with a run up to 660 000 copies from 1955 to 1975. Due to their immense popularity, the issues are always sold out shortly after publication. Its economic success allowed "Mosaik" to remain free of propaganda and thus constitutes an exception in the tightly controlled publishing sector in the GDR.

Adventurous worlds far away from the SED-dictatorship: The Mosaik heroes Dig, Dag and Digedag experience the Roman Age even before the first issue of the "Asterix" Comics is published. They travel with pirates to the South Seas, conquer outer space and meet famous inventors. The three kobolds send their readers on journeys that enable them to escape the reality of the SED dictatorship. Furthermore, the "Digedags" provide ambitious entertainment by imparting historical, geographical, scientific and technical knowledge.

A sudden end and ongoing popularity: Children and teenager in the GDR can't believe it: In the Mosaik issue of June 1975, the impish comic heroes Dig, Dag and Digedag ride into a Fata Morgana on their camels - never to return. Nobody knows the reason for their disappearance or for their replacement by three new characters, the "Abrafaxe". The true story is only revealed after the SED dictatorship has come to an end. Of course, the exhibition tells this story, too. 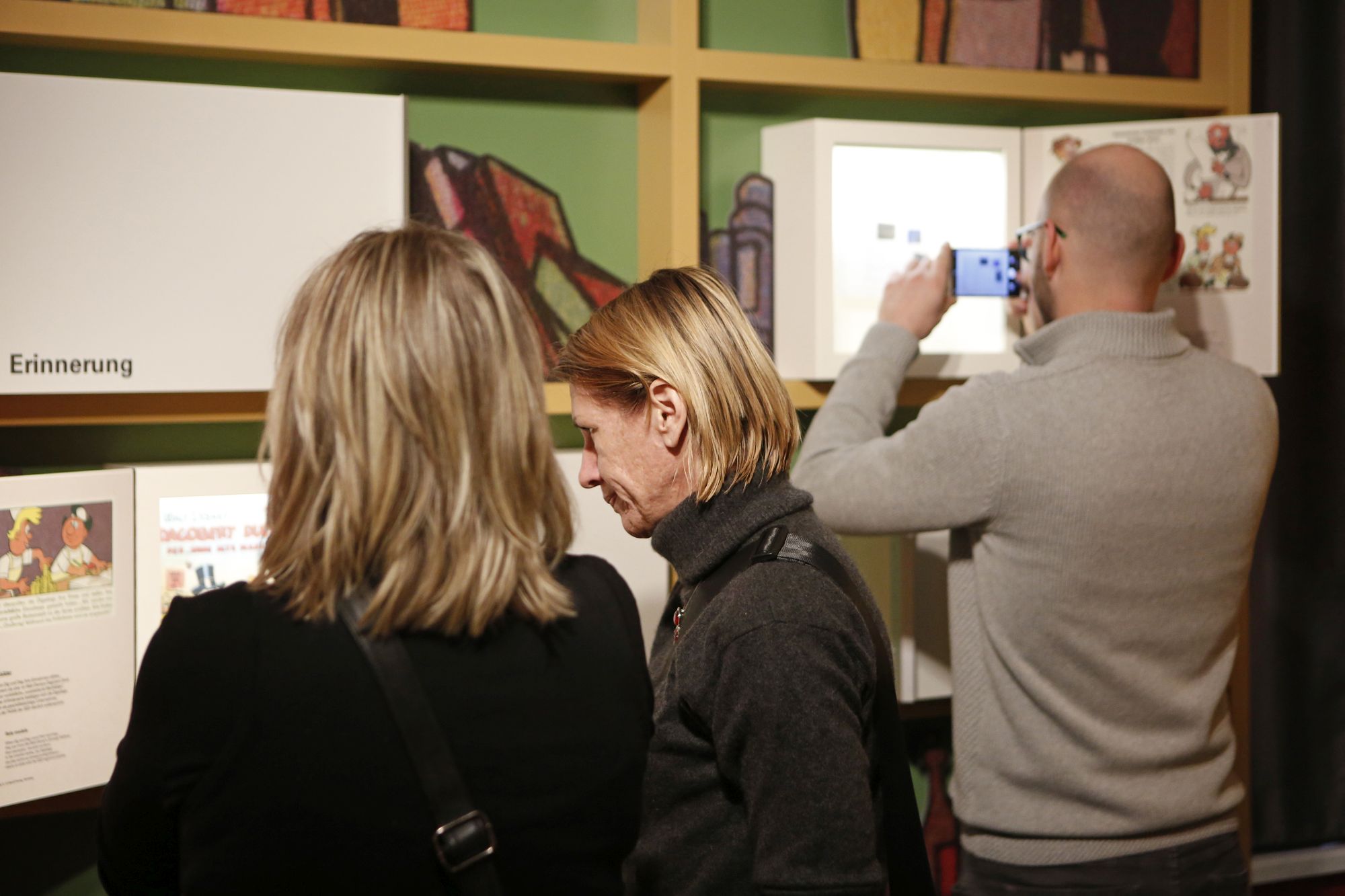 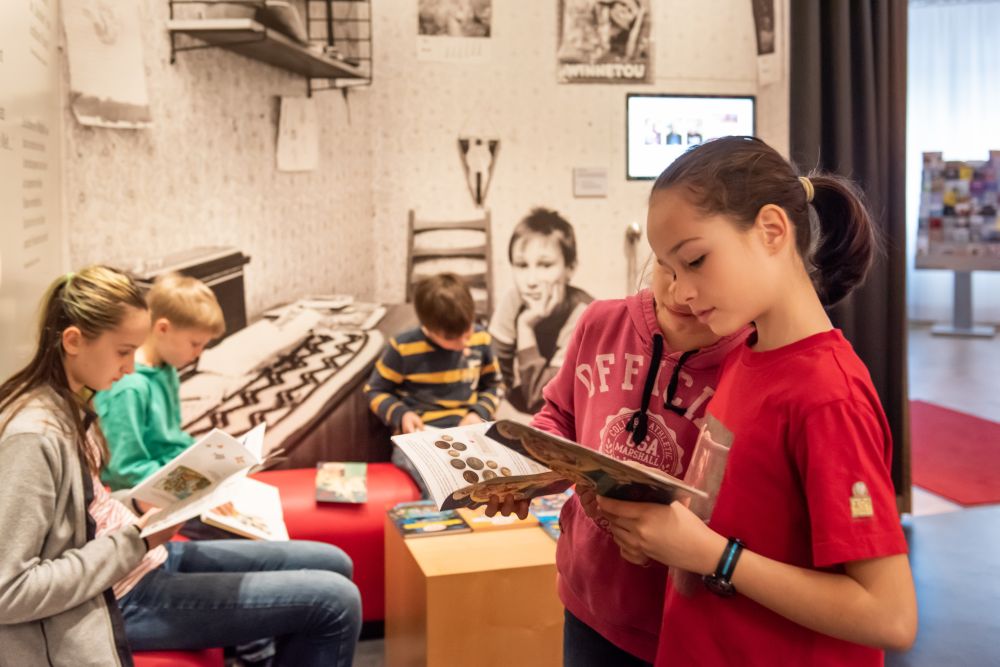 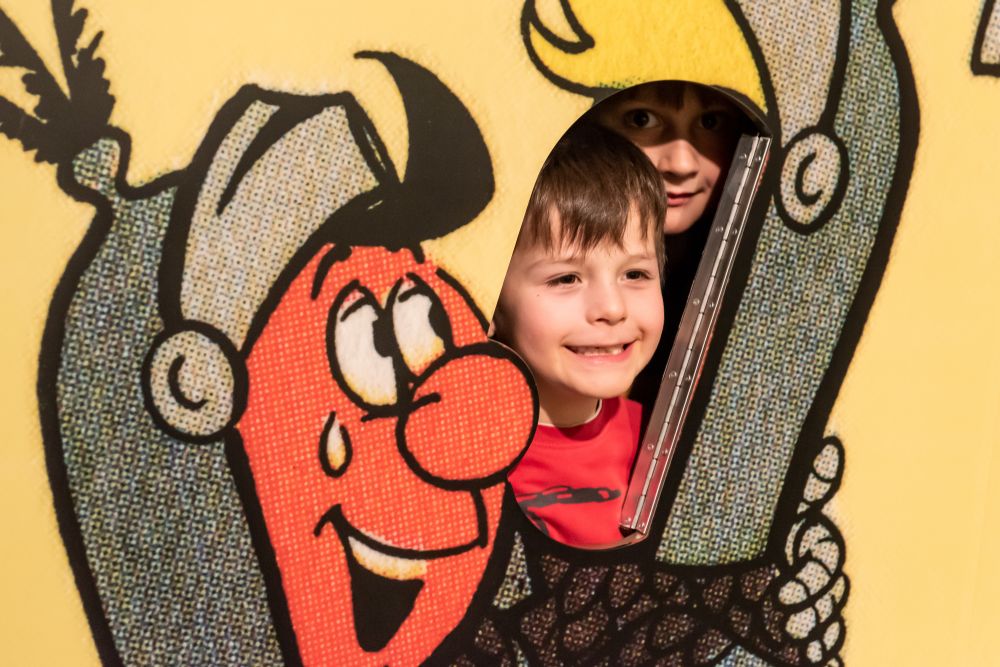 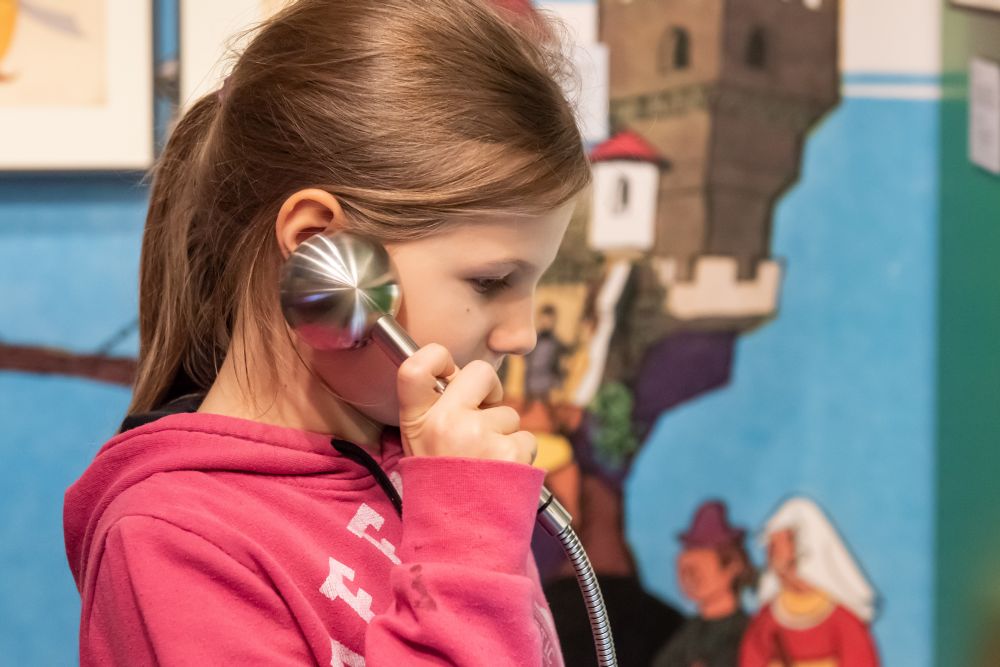 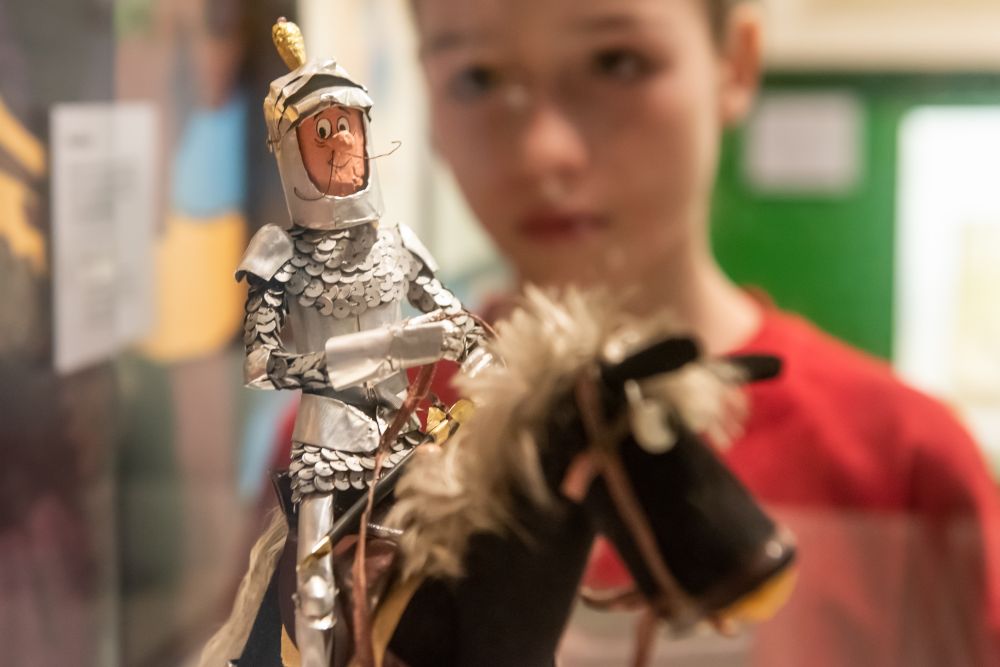 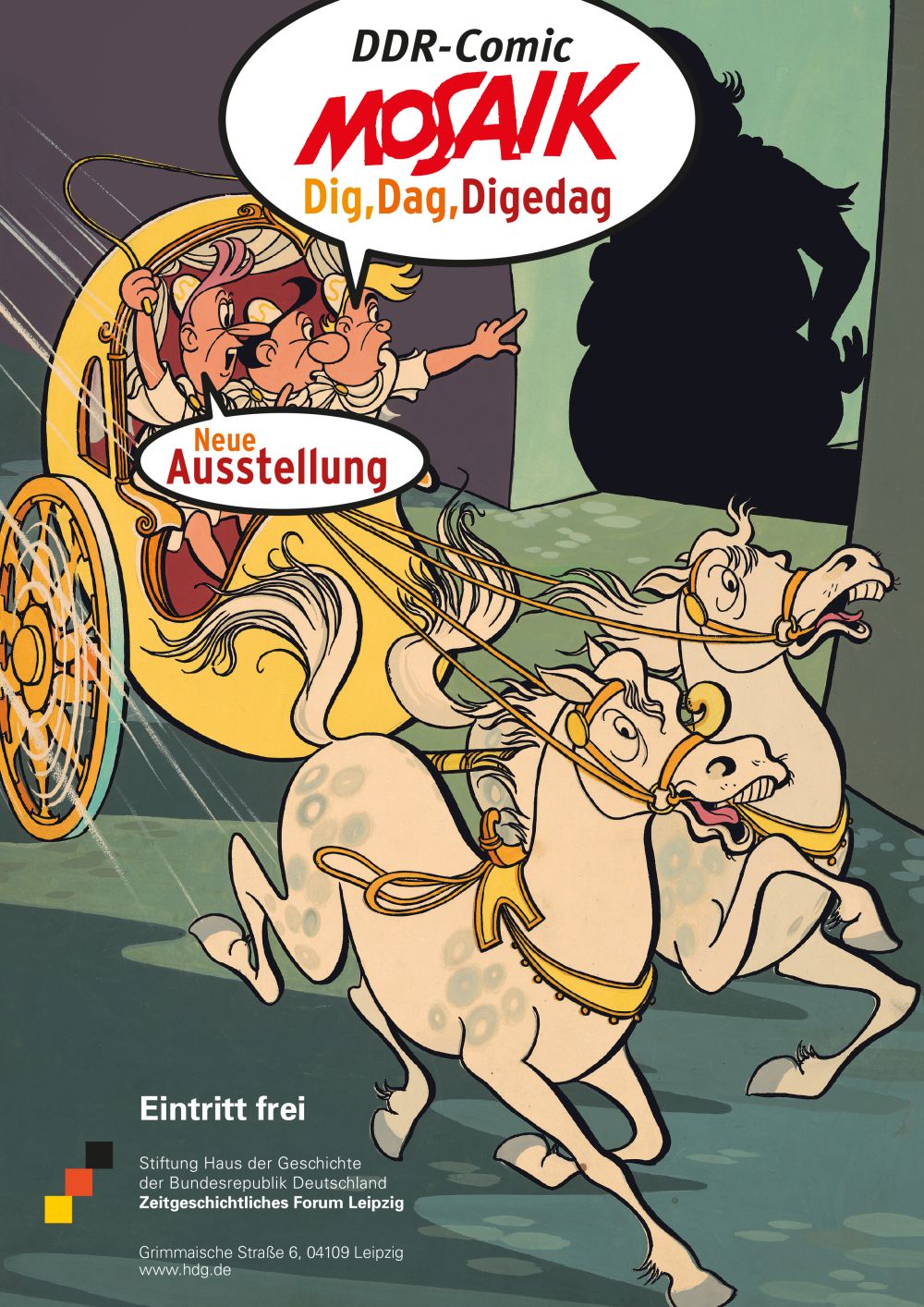